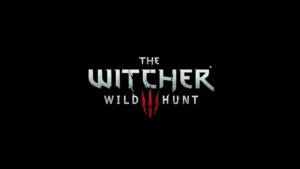 The Witcher 3 is currently my front runner on Game of the Year and I’m going to tell you why.

END_OF_DOCUMENT_TOKEN_TO_BE_REPLACED 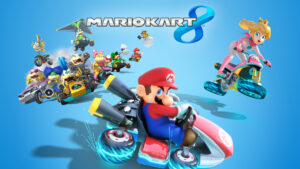 Shortly after our Mario Kart 8 Review, Nintendo announced plans for two DLC packs to be released over the next several months. We’ve sunk even more hours into this exceptionally fun game trying out all the new courses, but were they worth the price? END_OF_DOCUMENT_TOKEN_TO_BE_REPLACED

I hadn’t heard of “Oceanhorn: Monster of the Uncharted Seas” until it was released from Steam several weeks ago and Ken suggested I play it. The game was initially released to iOS in November of 2013 but was recently released to Steam on March 17th, 2015. Now that I’ve given it a good look, here’s what I thought. END_OF_DOCUMENT_TOKEN_TO_BE_REPLACED So we’ve been shy on updates lately, and that’s really my fault. You should never tempt working people into playing an MMORPG, they have a habit of, uh, disappearing. To make good on that I’m kicking us back into gear with a review of a new PS4 Indie title, Axiom Verge.

END_OF_DOCUMENT_TOKEN_TO_BE_REPLACED

I have put off writing this review again, and again, and again. I did so because I was never certain I had seen everything. I’m still not certain, but I feel positive that I can talk about Bloodborne with some authority now. So how does what is perhaps Sony’s biggest release of the year stack up? Read further for our Bloodborne review to find out.

END_OF_DOCUMENT_TOKEN_TO_BE_REPLACED

I sort of waffle on my opinion of games that are free from time to time. I could probably talk for hours about how Free-to-play business models are destroying credibility with the player base but in the case of tonight’s game, Rogue Legacy, I got it for free because I paid money for it. So we can happily ignore that moral conundrum and two hours of my boring bullshit.

END_OF_DOCUMENT_TOKEN_TO_BE_REPLACED

This week I finally wrapped up the newest fantasy RPG title from Bioware, Dragon Age Inquisition. The game boasts over 100+ hours of content, and it’s not an exaggeration. But having now played it, do I think it was worth putting in all that time?

END_OF_DOCUMENT_TOKEN_TO_BE_REPLACED

Last week saw the launch of the much-anticipated re-release of the Nintendo 64 classic, Majora’s Mask, for the Nintendo 3DS. I’ve been waiting for this title since the release of Ocarina of Time 3D back in June of 2011. I spent the week re-exploring the land of Termina from top to bottom, and it’s easy to remember why I loved this game so much the first time.

END_OF_DOCUMENT_TOKEN_TO_BE_REPLACED

When the Lord of the Rings themed Shadow of Mordor was announced, I really didn’t give it much thought. Besides the general poor performance of movies turned to games, there was also the simple fact that I’m just not really into Lord of the Rings. Don’t get me wrong, I enjoy a good fantasy story, but Tolkien’s books and later movies just weren’t my thing. Now credit where credit is due, without his books the fantasy genre would likely have stayed on the fringe of popular culture instead of one of it’s strongest pillars. However, that fact doesn’t make me enjoy the lore anymore than I have. END_OF_DOCUMENT_TOKEN_TO_BE_REPLACED

When Ubisoft starting putting out one Assassin’s Creed game per year, a lot of the community saw it as a cash grab as they copy pasted the previous games with new missions. My love of the series hasn’t made me blind to this, but as I thoroughly enjoy playing each years new installment I tend to forgive it. This year however when Ubisoft released two titles, even I had to pause a moment to wonder if they weren’t overdoing it. A quick glance at how they handled it though makes a little bit of sense. Assassin’s Creed Unity was designed with the new generation of consoles in mind. They didn’t want to reduce graphical quality to make it available for the previous generation. However the previous generation is still by far the largest market for home consoles. It doesn’t make smart financial sense to cut yourself off from the largest market. So instead we get Assassin’s Creed Unity, the HD next-gen only trip through the French Revolution, and Assassin’s Creed Rogue, the last-gen only that ties up the Kenway trilogy. END_OF_DOCUMENT_TOKEN_TO_BE_REPLACED